Captivating mix of heritage and excitement.

In Saratoga Spa State Park, take a tasting tour of the mineral springs and relax in the soothing Roosevelt Baths spa at the elegant Gideon Putnam Resort. While in Saratoga Springs, browse the shops along Broadway, named one of America's Greatest Main Streets by Travel+Leisure. Saratoga National Historical Park in Stillwater highlights the turning point of the American Revolution. 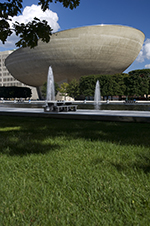