August 26 is Women's Equality Day, which this year also marks the 100th anniversary of the ratification of the 19th Amendment, granting American women the right to vote. To highlight iconic women in history in New York and their impact, from Susan B. Anthony's Suffrage movement to Eleanor Roosevelt's human rights work to Lucille Ball's entertainment industry firsts, here are seven places to experience women’s history in New York.

July 2020 update: Remember to keep six feet apart from others not in your household and bring a mask or face covering to wear when it’s not possible to maintain social distancing. Please call ahead or check websites and social media to make sure attractions are open and available, while staying as local as possible.

Renowned for leading the United Nations Commission on Human Rights, Eleanor Roosevelt also pushed for women's rights on the home front. Prior to the UN, First Lady Roosevelt organized women-only White House press conferences during a time when women were traditionally excluded from the media. Not only did this pressure publications to hire more newswomen, but it also solidified her role as an early advocate for equal rights. Nicknamed "First Lady of the World" by President Truman, Roosevelt spent her free time at Val-Kill cottage in Hyde Park, where you can explore the memorial garden, grounds, and hiking trails at the Eleanor Roosevelt National Historic Site and learn more about her prolific life.

In 1968, Shirley Chisholm, New York City educator and civil rights leader, was the first African American woman elected to Congress. As head of the Education and Labor Committee, she was the third-highest-ranking member when she retired. During the 1972 US presidential election, Chisholm became the first woman to run for the Democratic nomination. Visit the National Women’s Hall of Fame, reopening on 1 Canal Street in Seneca Falls in early summer 2020, to learn more about Chisholm and other women who have shaped history.

Lucille Ball was the first woman to run a major Hollywood studio. Before her success on I Love Lucy, Ball founded Desilu Productions in 1950 along with her husband Desi Arnaz. In a 17-year run, the studio produced iconic series including Star Trek, Mission: Impossible, and The Untouchables. Charting new waters for women in entertainment and comedy, Ball's legacy is best remembered at the Lucille Ball-Desi Arnaz Museum & Center for Comedy in Jamestown, where visitors enjoy live performances and stand-up from today's prominent comedians. Because of Ball’s influence in comedy, visitors can also enjoy over 50 immersive exhibits and take a journey through comedy history at The National Comedy Center in Jamestown, Ball’s hometown and a growing destination for comedy.


Susan B. Anthony was a founder of the National American Woman Suffrage Association, which 100 years ago finally earned women the right to vote in United States elections. Her revolutionary efforts as an abolitionist and women's rights activist are celebrated at the Susan B. Anthony Museum & House in Rochester, where visitors can explore the momentous history of women's quest for equality and liberation, and this year, celebrate the centennial anniversary of her greatest achievement. Also drive 10 minutes to visit nearby Mount Hope Cemetery, the final resting place of Anthony and many other suffrage leaders.

At the Women's Rights National Historic Park, tour historic homes, view the film “Dreams of Equality,” and step inside the Wesleyan Chapel, the location of the first Women’s Rights Convention. One of the park's most notable stops is the Elizabeth Cady Stanton House, once home to the feminist pioneer. Known for organizing the first Women’s Rights Convention in 1848 in Seneca Falls, she fought for other important causes like abolishing slavery and gaining property rights for married women during her lifetime. In 1851, Stanton met Susan B. Anthony. Together, they led the Women’s Suffrage Movement and became leading voices for the rights of American women.

The Matilda Joslyn Gage Home allows visitors to explore the house where this co-leader of the early women`s rights movement lived and worked for 44 years, and its varied history as a center of suffrage work, a stop on the Underground Railroad, and a temporary home for Gage's son-in-law, L. Frank Baum, author of The Wonderful Wizard of Oz. Gage also wrote newspaper articles supporting Native American treaty rights and sovereignty.

Known as the "Moses of her people," Harriet Tubman helped countless people escape slavery along the Underground Railroad. Today, you can explore the history of the Underground Railroad and learn more about her journey at the Harriet Tubman National Historic Park in Auburn, New York, including visiting the house where she lived after the Civil War. 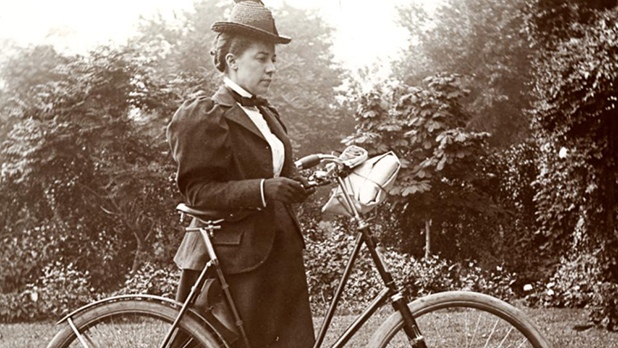 Alice Austen was one of the first female photographers to work outside the studio. Her edgy, documentary-style shooting provided a vivid record of turn-of-the-century New York City. A Staten Island native, her childhood home is known as the Alice Austen House, which serves as a museum displaying exhibits from renowned photographers as well as Austen's own work. A natural photojournalist long before the word was coined, Austen's raw imagery and experimental work rattled the public image of Victorian women and paved the way for future female artists of the 20th century. While you’re in the city, be sure to also visit the WP Theater from the Women's Project, where you can view shows developed and produced by female artists.

Katherine "Kate" Dunn is a travel, nature and photography enthusiast. She is a New York native and was the Digital Editorial Coordinator of ILoveNY.com and the I LOVE NY app from January 2016 to December 2017.