Known across the world for Thoroughbred horse racing and its wealth of mineral waters that made it the ideal setting for America’s first resort, Saratoga Springs is an excellent place to visit all year long. Nestled at the foothills of the Adirondacks, just south of Lake George and just north of the state capital of Albany, Saratoga Springs offers top-notch lodging, dining, and cultural attractions all with a backdrop that may remind you of a Norman Rockwell painting. It can only be described as a beautiful destination.

Experience the thrill of thundering hooves as the finest Thoroughbreds in the world compete at Saratoga Race Course. Saratoga began racing horses in 1863, and the course retains a charm and old-world elegance. Much more than a horse racing venue, an afternoon at the course means being a part of a festival atmosphere that includes great local food, live music, and people-watching opportunities galore as the locals come out in their best outfits—the competition for the fanciest hat is almost as contested as the race itself. If you’re traveling during the off season, you can still take backstretch tours to view the historic grounds that served as a film set for the Hollywood movie Seabiscuit.

Take a stroll down Broadway, Saratoga’s award-winning Great American Main Street, and peek inside the windows of a number of locally owned stores that contribute to the street’s charm. Have dinner at Sperry’s, open since 1932, or Wheatfield’s, with almost 20 different shapes and flavors of pasta made daily. Saratoga has more restaurants per capita than NYC, so there is a cuisine to suit every taste.

Walk to Saratoga Arms, a unique historic inn, for some interesting conversation and an after-dinner drink on a porch overlooking Broadway. This family-owned and -operated gem offers modern amenities in a classic setting and—with its five-star TripAdvisor rating—it’s a great choice for a home base for this itinerary.

Threaded with Grecian pavilions, Italian gardens, and groves of trees surrounding mineral springs, a walk through Congress Park is a walk through time. After exploring the grounds (don't miss the carousel!), head to the Country Corner Café on Church Street for a deliciously simple breakfast. While you’re there, grab a bottle of sparkling Saratoga water bottled from the springs nearby.

Head to the Visitor Center, replete with the look and feel of a converted train station and drink hall, inviting you to indulge in the sensory-rich beauty of this town with a walking tour where you'll discover the mineral springs nestled throughout town. Each of the springs has a different taste and mineral quality, and the walking tour explains the reasons why as you enjoy ambling past dozens of historic register Victorian-era buildings.

This local restaurant with a storied past dates back to 1938. Hattie's is known for its fried chicken and even once won the Food Network's Fried Chicken Throwdown with Bobby Flay. Its original time-tested recipes for sides such as collard greens and macaroni and cheese add to the appeal. It's mainly a dinner joint but serves a popular brunch on weekends as well.

After lunch, visit one of these unique museums depending on your interests:

The National Museum of Dance (pictured): Dance enthusiasts will find plenty to love at the only museum in the country dedicated to professional dance. Unique exhibits showcase the history of a wide range of dance styles. The Hall of Fame includes inductees such as Bob Fosse, Michael Jackson, and Alvin Ailey.

Saratoga Automobile Museum: Come here to see some of the greatest cars from around the world, nestled in Saratoga Spa State Park in a repurposed bottling plant.

The National Thoroughbred Racing Hall of Fame: Interested in the history of horse racing? Experience a life-size starting gate with all the sounds and pre-race whinnies of the horses as they load and break and watch a movie about the majesty of Thoroughbreds.

For more than 50 years, SPAC has hosted the world's greatest artists and musicians. Find the music line-up here and discover SPAC's diverse group of visiting artists from Cardi B to Zac Brown Band.

Drop by and leisurely sip a coffee from Uncommon Grounds, a locally owned store that serves all kinds of wonderful noshes and morning potables.

A massage and bath at Roosevelt Baths in Saratoga Spa State Park is a must-do on this trip. Make reservations at least two weeks in advance to get a prime Sunday appointment. You’ll be glad you did as you slip into the mineral waters drawn from the ground and your cares bubble away with the natural effervescence.

Named for one of the founders of Saratoga Springs, the Gideon Putnam Hotel offers a lavish brunch spread in a series of four picturesque dining rooms with floor-to-ceiling windows overlooking Saratoga Spa State Park. Make reservations two weeks in advance for this, too. 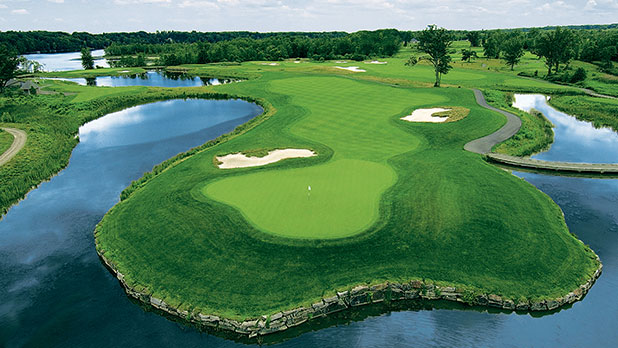 Hit the links at the Saratoga National Golf Course and take in a lovely view of 18 holes and an exquisite landscape.

Gavin Landry is the former Executive Director of Tourism for Empire State Development. Gavin lived in the Saratoga area for 15 years and was head of the Saratoga Convention and Tourism Bureau.