February marks Black History Month, and New York state is filled with African American history, with unique experiences related to jazz music, sports and icons like Jackie Robinson, culturally-rich neighborhoods like Harlem, and important sites such as John Brown Farm (pictured) and the Harriet Tubman Home. New York state played an important role in the Underground Railroad, which helped tens of thousands of African Americans escape slavery. In recognition of Black History Month, from parks and historic sites to music and culture, here are 11 places to experience black history in New York State. 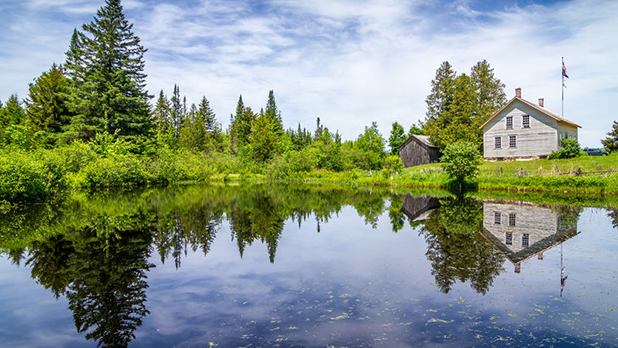 Known for his raid on Harper's Ferry and the movement to liberate slaves in the South, John Brown's home near Lake Placid was a key stop on the Underground Railroad for people seeking freedom in the north and Canada. Captured after the raid in 1859 and sentenced to death, Brown was buried on his New York farm. Learn about how Brown’s home became a pilgrimage for abolitionists through a guided tour, or hike the trails of this National Historic Landmark.

Both Jamestown and Chautauqua County played an important role in helping slaves escape through the Underground Railroad. This 1863 mansion offers libraries and archives, educational resources, and local history exhibits like “The Underground Railroad in Chautauqua County,” which explores the story of Catherine Harris, an aid to many African Americans escaping slavery and journeying north.

Jupiter Hammon, known as a founder of African American literature, was the first black published poet who lived and wrote in the Joseph Lloyd Manor House in Lloyd Harbor, New York. Born into slavery, Hammon was one of the few slaves who learned to read and write, leading to his first published work in 1761. Added to the National Register of Historic Places in 1976, visitors can tour the Joseph Lloyd Manor House and dive into the history of Black literature. 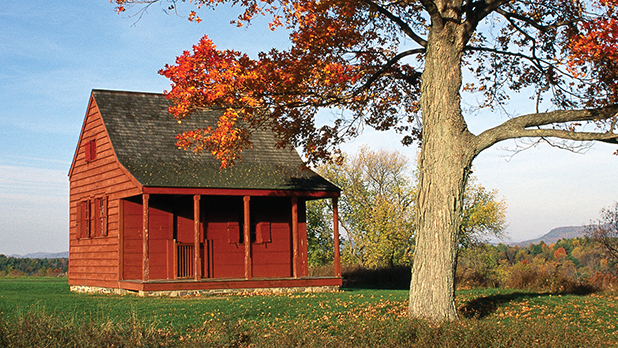 African Americans were vital to the Battle of Saratoga in 1777. Initially banned from joining the Continental Army, nearly 400 Black soldiers took to the battlefield, a turning-point victory in the Revolutionary War that is honored at Saratoga National Historical Park. Walk through the battlefield or bring your own bike, climb the stairs of the Saratoga Monument, or journey through Victory Woods. The park is also dog-friendly.

A hotspot for jazz and creativity, the Colored Musicians Club is the only operating African American jazz club in the United States. Formed in 1917 due to discrimination from Local 43, an all-white musicians union, the Colored Musicians Club nourished the growth of its members and became a stopover for jazz legends including Lionel Hampton, Dizzy Gillespie, and Billie Holiday. 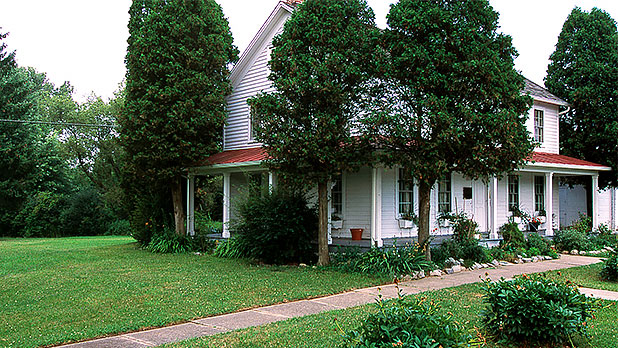 This museum dives into the stories of fugitives from slavery who passed through northeastern New York on their way to Canada. Explore the history through multimedia production with stories like John Thomas and his family, who were slaves from Maryland and made a triumphant escape; local artifacts such as leg irons; or a bus tour, which visits sites along the Champlain Line of the Underground Railroad.

An abolitionist newspaper that first got its start in the basement of an AME Zion Church in Rochester, The North Star is just one example of Frederick Douglass' influence on civil rights and New York State. An avid abolitionist, Douglass was also one of the few men to speak at the Women's Rights Convention in Seneca Falls in 1848. In 1968, Shirley Chisholm, New York City educator and civil rights leader, was the first African American woman elected to Congress, and in 1972, the first woman ever to run for the Democratic Party's presidential nomination. Visit the National Abolition Hall of Fame or the National Women's Hall of Fame to learn more about Douglass, Chisholm, and other civil rights activists.

Visit the Apollo Theater in Harlem where African American talents like Stevie Wonder, James Brown, and Billie Holiday have performed. Many African American artists to follow gained their stardom on the Apollo stage. View events in categories like jazz, comedy, family, music, and dance.

Paving the way for future athletes when he signed with the Brooklyn Dodgers, Jackie Robinson was profoundly influential in breaking racial barriers. Because of his fearlessness and dedication to the sport, Robinson was the first Black player enshrined in the National Baseball Hall of Fame. Thirty-five players from the Negro League, professional baseball leagues with predominantly African American players, were also later elected into the Hall. Today, fans celebrate athletes of all backgrounds at the National Baseball Hall of Fame in Cooperstown.

Since the museum opened in 1970, it continues to showcase African American art, culture, music, and traditions, with an emphasis on Long Island local and national African American artists. Explore the history of Black women in NASA, Black royal European queens, and exhibits like “The Good, The Bold, The Beautiful,” which fuses African and Brazilian art.

Katherine "Kate" Dunn is a travel, nature and photography enthusiast. She is a New York native and was the Digital Editorial Coordinator of ILoveNY.com and the I LOVE NY app from January 2016 to December 2017.